I’ve just been accused of plagiarism and I’d like to address the issue directly and in public to lay the matter to rest. I’m obviously very upset by this: an allegation like this could destroy my business, and I want to make it very clear that there is absolutely no truth in the matter. A commenter calling him/herself Internet Police left me this message:

From the looks of things you modify the patterns found in Japanese Craft Pattern Book / Crochet Amigurumi Dog 2 , you do not design these dog patterns.

Here is my response:

Please be more cautious before throwing around accusations of plagiarism. I am a designer and these allegations are damaging to my business.

While I was composing this response, Internet Police then left me a second comment on my Jack Russell Terrier post (my post dates from November 25th, 2007), saying I had “copied this pattern from a book” and giving a link to an eBay auction for the book in question. Let’s just look at this more closely, in case you aren’t yet convinced:

Here’s the Jack Russell in the book I allegedly copied from: 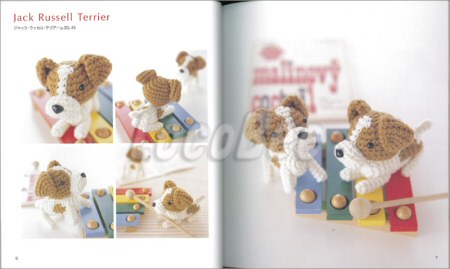 Image copied from eBay auction, taken from this book 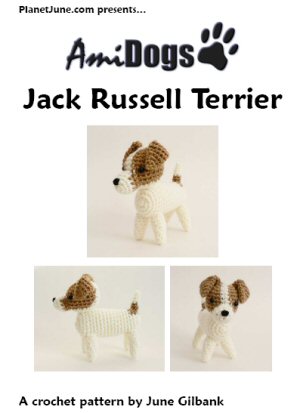 Even if the dates didn’t prove my innocence, I would hope that my body of work and my distinctive style would speak for itself! I have integrity: I did not and will never copy another person’s design and pass it off as my own. It feels horrible to be unjustly accused, and I hope this post has set the record straight.