Today’s PlanetJune Story is from Jeff McClelland. Jeff is the author of the comic book series Teddy and the Yeti, and he contacted me about a year ago to ask about a special pattern commission…

The worlds of comic books and amigurumi crochet probably don’t come together very often, but after discovering PlanetJune.com, I knew it was time for an old fashioned team up.

I write the comic Teddy and the Yeti and knew, as convention season crept up on me, that I’d want to take some material to shows beyond just the comics themselves – something that could catch someone’s eye as they walked by my booth. June’s patterns were just what I was looking for in terms of their unique, adorable appeal, so I contacted her about creating a new pattern based on the Yeti character from my book.

The final result was a pattern that was easy to crochet and cuter than I could have hoped for – the pictures don’t do the real thing justice. Now I have a Yeti doll – an official Yeti doll at that! – that brings people to my table at conventions; I’ve even had the pleasant experience of someone who might not be interested in comics liking the doll so much that he or she picks up the book as well.

Comic books are collaborative in nature: each creator brings along a different skill that results in a distinct final product. I like to think that the work I did in Teddy and the Yeti influenced PlanetJune’s Yeti crochet pattern ever so slightly to create a similar effect.

Thanks for sharing your story, Jeff. Your commission was an interesting challenge – definitely a departure from my usual subject matter, but I think we nailed it! For our collaboration I used colours inspired by the comic book yeti and added some of my trademark cuteness to the design. 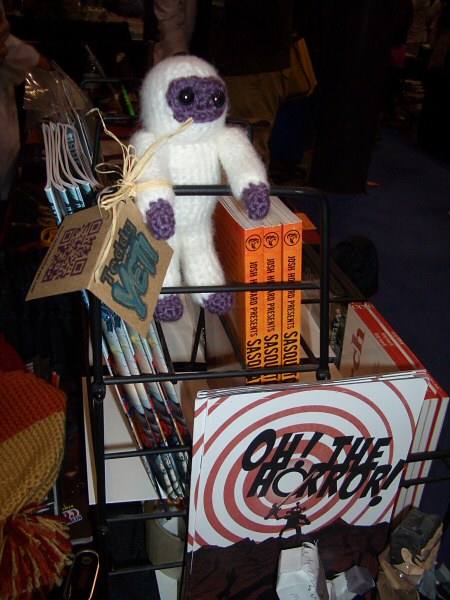 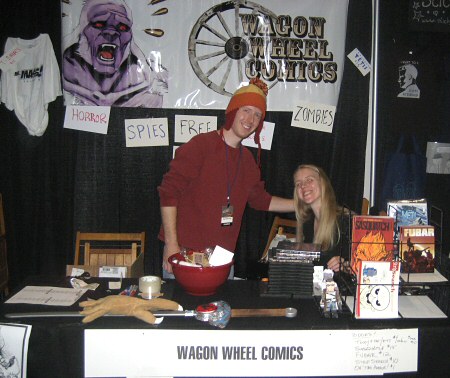 I know a Jayne hat when I see one, Jeff – very nice!