I thought you’d like to see some of the animals I saw on my trip to Malaysian Borneo last month! As this is a craft (and wildlife) blog, I’m keeping this post to just my wildlife photos, but, if you’re interested in knowing more about my trip, I’ve written it up separately as a travel journal with lots more pics: A Bornean Adventure.

We were privileged to get to watch these two rescued orphan orangutan babies in training. Once they’re old enough and have learned how to survive in the wild, they’ll be released back into the forest. (I’ve written more about the orangutan rescue and rehabilitation in my travel journal.) 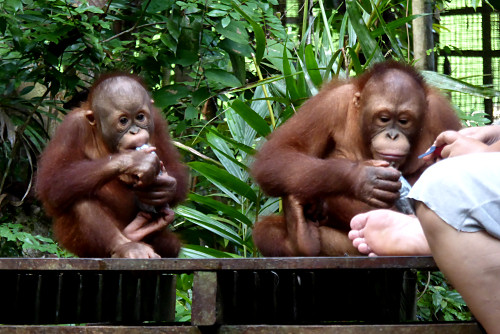 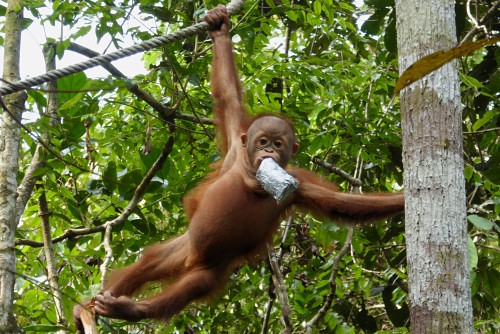 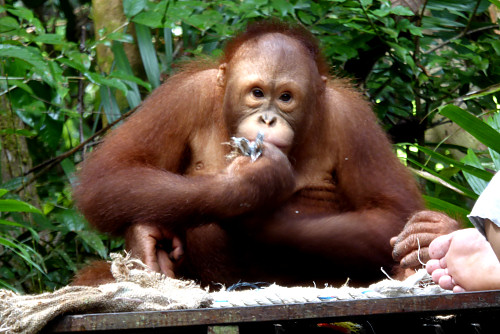 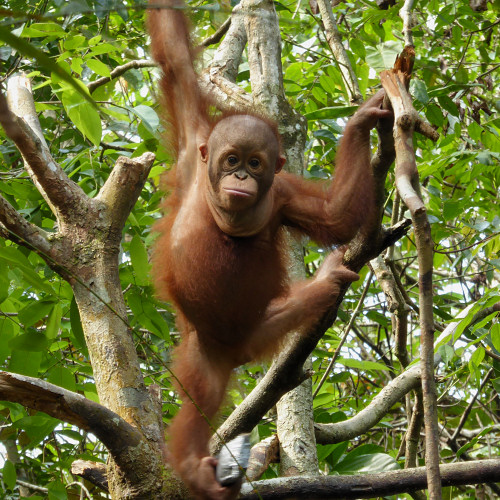 But, although this would have been enough, we saw far more than just orangutans…

While we were at the wildlife centre, we also saw this 3m-long estuarine crocodile – thankfully, in a cage! He’s too dangerous to be released back into the wild, so he’s kept at the centre for educational purposes. 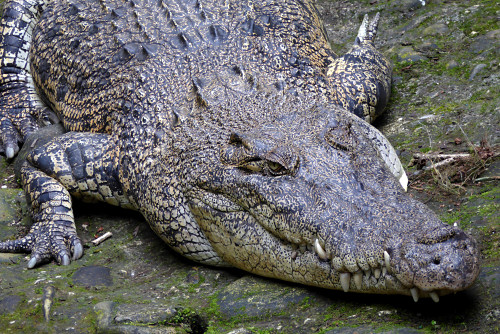 While Dave was at his conference during the week, I wandered around Kuching city and looked for more common, everyday wildlife. I found Barred Ground Doves: 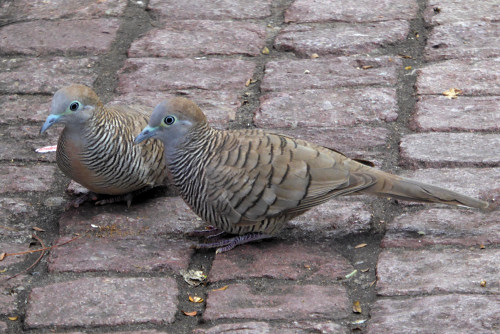 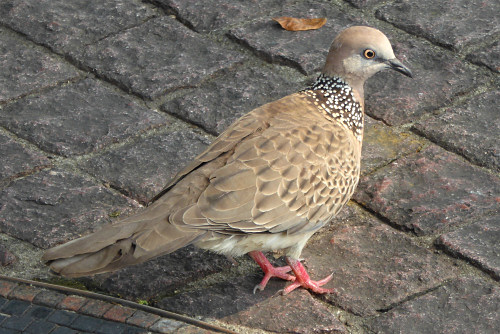 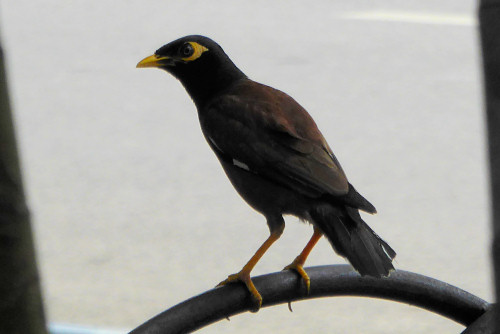 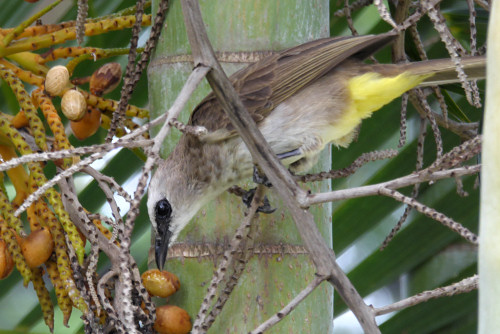 Swallows (they kept swooping past my hotel window – we were on the 8th floor – but this one perched on the windowsill for a moment and I managed to grab this photo!) 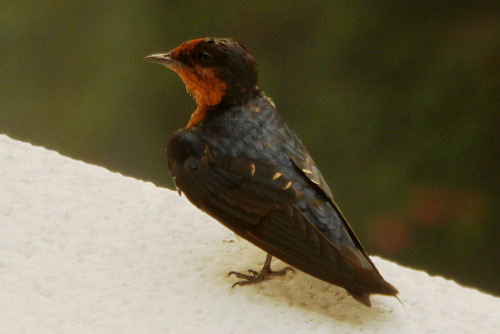 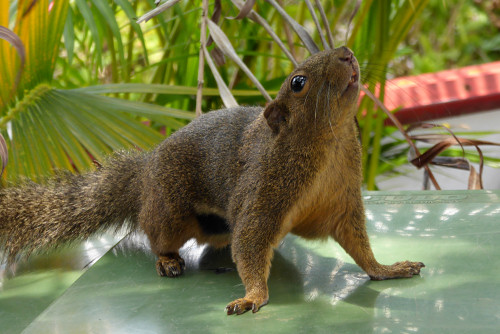 And lots of butterflies – despite endless patience, this is the only one I managed to capture with my camera (but isn’t it a lovely photo?) 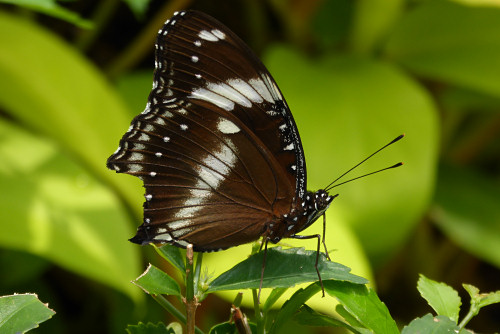 On our last day, we went to Bako National Park to see some more tropical jungle wildlife, and we saw a real assortment!

We were lucky enough to spot a batchelor group of proboscis monkeys – these are rare and found only in Borneo. Here’s an adult male with his pendulous nose: 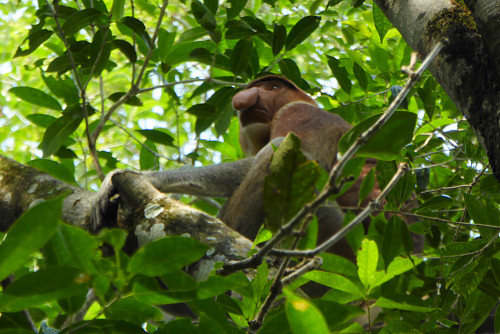 And a younger male, without such a giant nose: 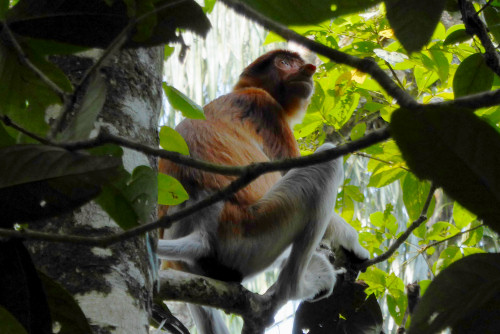 We also saw Bornean Bearded Pigs – not the cutest pigs on the planet, but cool to see. This is a mother: 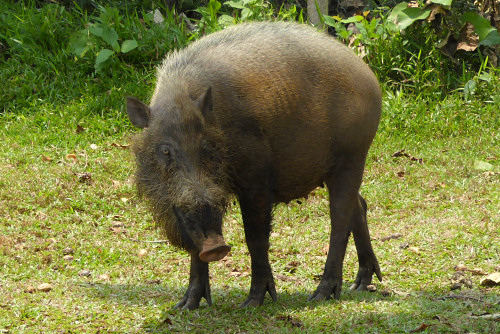 And a couple of her babies: 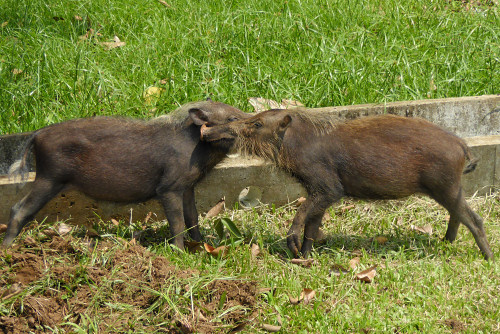 We saw lots of crustaceans too. Here’s a big hermit crab: 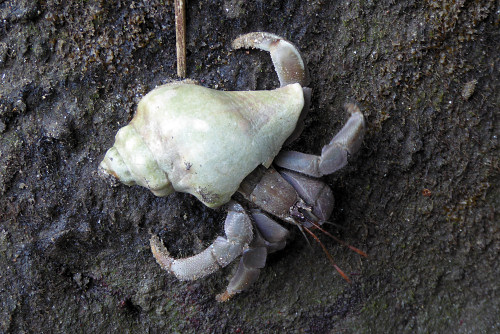 Do you see all those little ‘L’ shapes in the sand? They are actually Fiddler crabs – hard to spot unless you know to look for them! 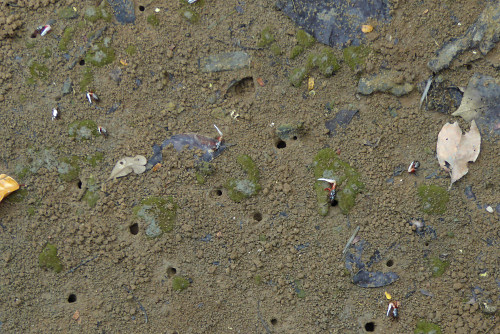 Here’s a close- up. They look strange because they only have one big white claw: 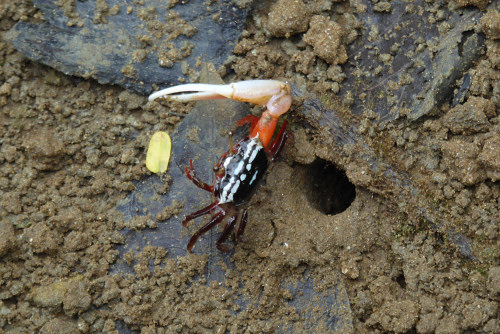 On the beach, we saw lots of these sand-ball formations. With careful watching, I managed to spot the source, although they’re almost completely invisible when they aren’t racing across the sand.

It’s a sand bubbler crab! Even at super zoom and perfect focus he’s still hard to spot – can you see him? 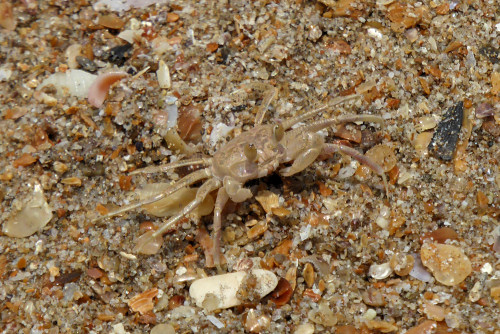 Mudskippers are, quite literally, fish out of water – a strange fish that looks part-frog, can walk with its fins on land, and can breathe through its skin (although only when it’s wet). I didn’t think I’d ever see one of these outside of a wildlife documentary… 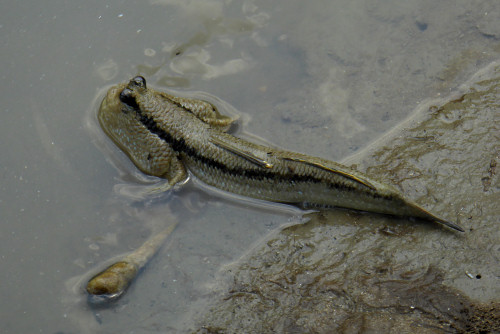 Back in the jungle, we saw long-tailed macaques, grooming: 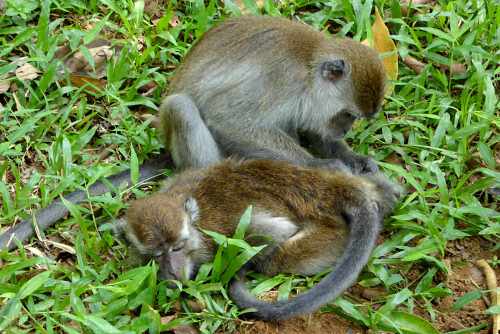 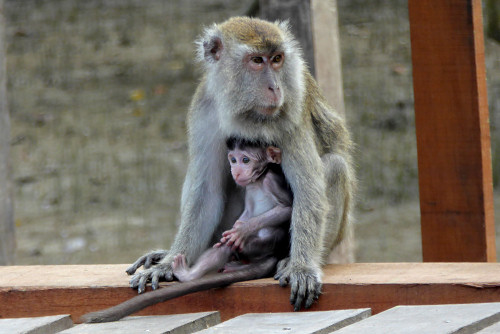 Of course, we found the only venomous snake in the park: Wagler’s Pit Viper: 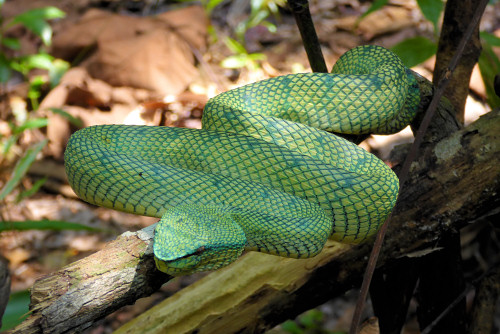 And here’s a smaller one (check my travel journal for my almost-scary story about these!): 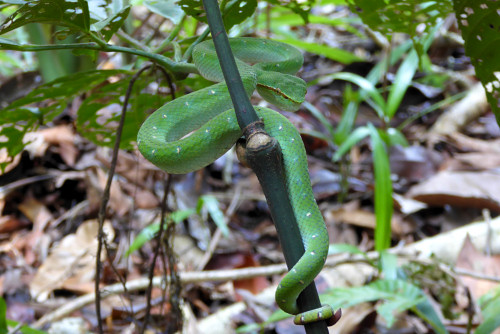 A huge and intimidating mass of highly poisonous bees: 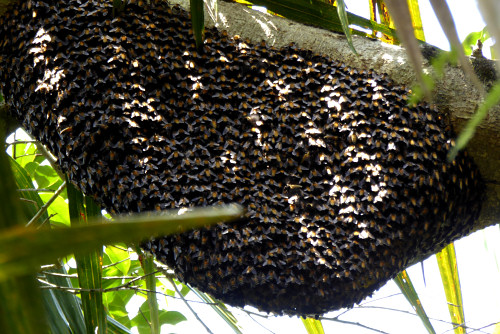 And actually, for me this was the most exciting of all, apart from the orangutans: an animal I didn’t know existed until I saw one! This is a ‘flying lemur’ (although it’s not an actual lemur); it’s also called a colugo. They are nocturnal, so spotting one during the daytime is pretty rare. She is clinging vertically onto the tree, facing the left – you can just see an eye at the top. And look – you can see the flying membrane (that lets them glide between trees) along her front leg! 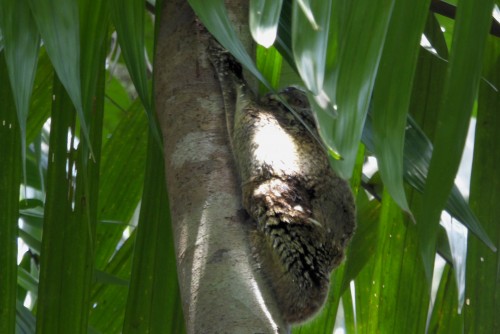 I hope you’ve enjoyed my wildlife photos (a small selection culled from the 2000 I actually took!) – I really put my new camera through its paces, and I’m sure there’ll be some Bornean-influenced PlanetJune designs coming in the future. 😉

Please do leave a comment if you’ve enjoyed this post, and, if you’d like to know more about our trip and see some scenery etc, you can also take a look at my travel journal: A Bornean Adventure.