Today’s PlanetJune Story comes from Aleksandra in Poland, who many of you will be familiar with as petrOlly, one of the much-appreciated moderators from the PlanetJune ravelry group! This is a really wonderful story and I hope you’ll take a couple of minutes to read it. Over to you, petrOlly…

My PlanetJune story started as a very spontaneous idea but it turned into a long-term project. In November 2012 I learnt about an art contest for 10-12 year olds at the Polish Geological Institute – National Research Institute. The semi-finals were to be held in the Marine Geology Branch in Gdansk in May 2013.

Official logo of the contest “The predatory face of the Earth” 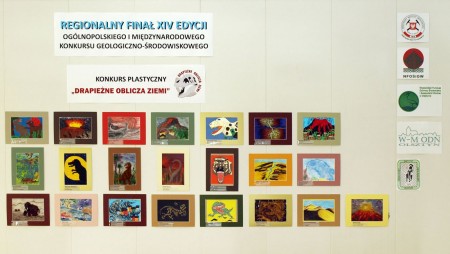 Some of the award-winning artwork from the contest

I’ve known and seen myself as a part of the Institute since I was a kid – my mother has worked there for as long as I can remember, I helped out there on several occasions during my studies, and I’m a huge fan of their Geological Museum in Warsaw.

As the subject of the contest was “The predatory face of the Earth” (Polish: “Drapiezne oblicza Ziemi”), I instantly thought about June’s dinosaurs making a superb addition and an extra prize for the winners. All I crocheted between November 2012 and April 2013 was dinosaurs – I ended up making 30 of them, and luckily this was enough for all the kids whose stunning artwork was awarded. Phew!

Thirty dinosaurs made by petrOlly as additional prizes for the contest 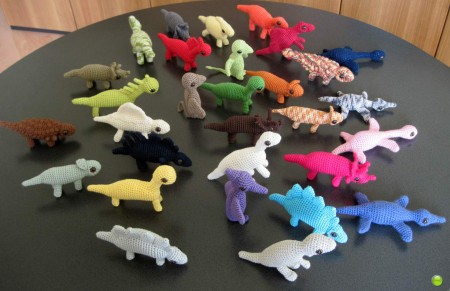 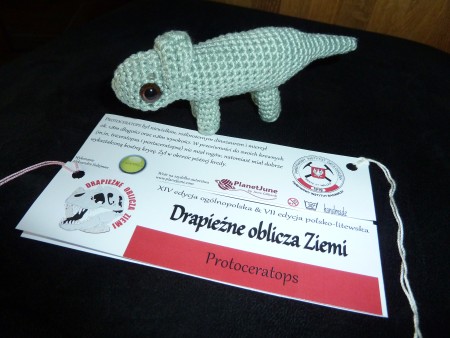 Each dinosaur included a note with facts about it 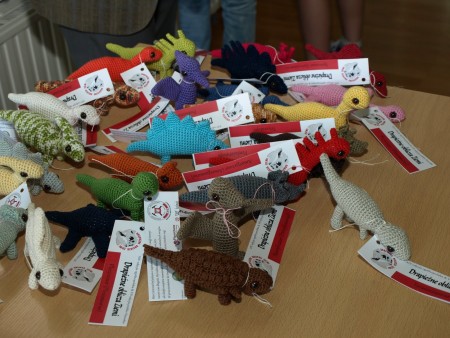 Each dinosaur included a note with facts about it

Although I wasn’t there in person for the ceremony, it was a very exciting day for me as well 🙂 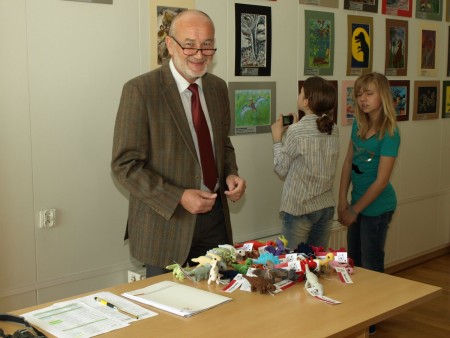 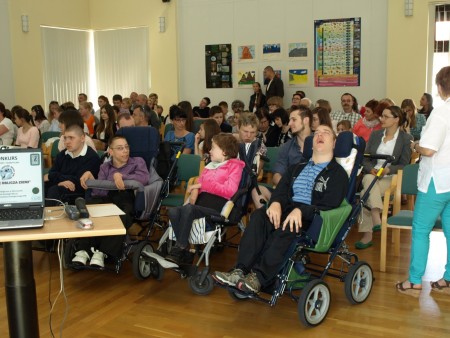 The auditorium was full – a total of 780 entries were received, including 658 pieces of art!

Later that day I talked on the phone with co-workers at the Institute in Gdansk and they told me all about the ceremony. My dinosaurs were a huge hit! People (mostly adults – the kids’ teachers) were asking where they could buy more of the toys as they would like a whole set for the school. And – what was most important for me – the kids loved the dinos as well. 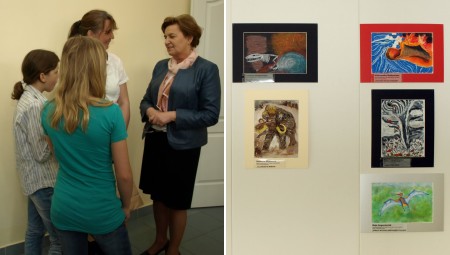 One story touched me especially: a boy came to collect the prize his friend won, and he was sad, as he would have to give the dinosaur away. Luckily, there was one last dino left and he got his own toy, which he received with tears in his eyes.

Listening to this story gave me the most rewarding feeling. I could never have hoped my work would be appreciated that much. For that I have two people to thank: my mother, who taught me how to crochet, and June, for the awesome patterns. 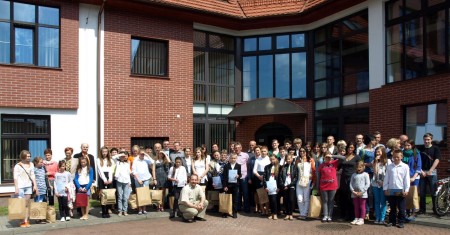 You can see all of the award-winning artwork and more photos from the award ceremony here.

(Back to me, June, again!) I love this story on so many levels – not only seeing my designs being enjoyed by petrOlly while she crocheted them and then by the award-winning children, but also that my work is somehow helping in some small way with education, and the children are learning and being encouraged to express that through creativity. Thank you, Aleksandra, for your generosity in giving away all your beautiful dinosaurs, and for sharing such a lovely account of the contest with us today 🙂 Please leave petrOlly a comment if you’ve enjoyed this post!

And if petrOlly’s lovely work has inspired you to crochet some dinosaurs too, please join the Reptiles & Amphibians CAL – it runs for another month so you have plenty of time to make some lovely dinos of your own 🙂

You’ll find all these patterns here!