Thank you all so much for participating in my survey! I had over 100 responses, and every design was voted in both first and last place at least once, which makes it a little difficult to interpret the results… The clear winner, with over 40% first place votes, is the Discworld. After that, the results are a bit ambiguous. But what was even more useful than the numbers is the comments that over half of you included to tell me why you voted the way you did! 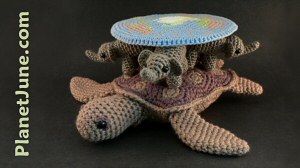 For instance, you (mostly) love the Discworld. But it also got a fair few last place votes, with reasons like:

And for the monkeys, the pros include:

See how useful these comments are? I can see that the Guinea Pigs card is probably a better design than the Monkeys, as it shares most of the pros of the Monkeys comments, but avoids the cons. Your comments will also be really useful when I’m trying to take future product photos, to give me ideas of pitfalls to avoid falling into. 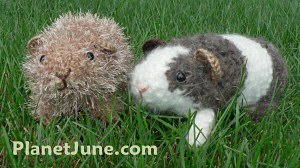 The reason I wanted to make 3 different cards is so that there’d be something for everyone. But, when I came to order the cards, I discovered that the prices were more than I was expecting – e.g. an extra $11.50 per design just to print the text on the back… Given that, and the survey responses, I’ve decided to just get the Discworld and Guinea Pigs cards printed. It’ll be interesting to see which is the most popular at the show! 58% of you chose one of these two designs as their first choice, and 88% chose one of them as either their first or second choice, so I’m hoping that almost everyone will like at least one of them! 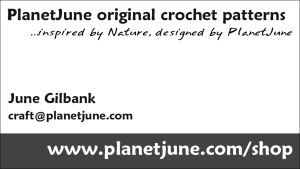 Here’s the back of the cards

Now for the draw. 82% of the respondents opted into the draw, and the winner is: Johanna Jennings! Congratulations, Johanna! (I will contact you directly to ask for your mailing address, and I’ll throw in some bonus postcards as you’re only getting 2 cards in your prize instead of the promised 3).

Thanks again to all who entered. If you have any other comments, suggestions or feedback about any aspect of PlanetJune, please feel free to e-mail me at any time – all advice gratefully received!